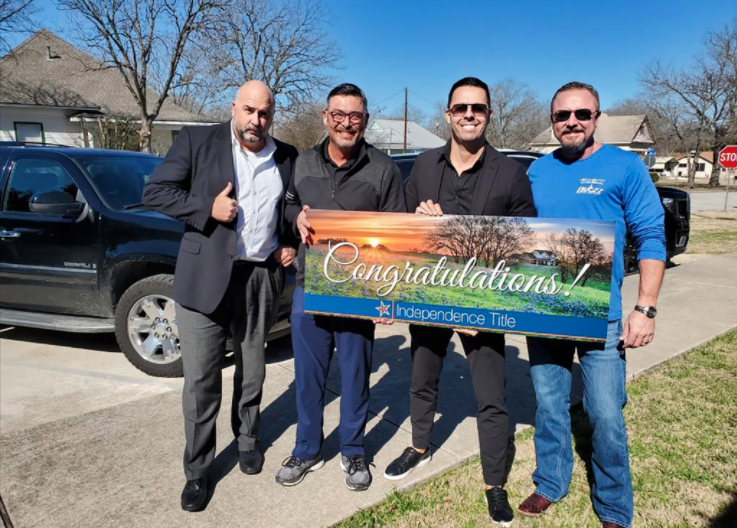 Dyezz Surveillance and Security Inc., an Austin security company, plans to move next month into its new Pflugerville headquarters.

The business — which installs security systems including alarms, cameras, badge readers and intercoms, and also does fire detection — has purchased three buildings on a half-acre of land, Dyezz Vice President Casey Ellison said.

CEO John Dyess started the company in 2001 by investing $400 in two surveillance cameras. Now it generates between $3 million and $3.5 million in annual revenue, the chief executive said, and has 29 employees. It serves both homes and businesses.

Dyezz is relocating to Pflugerville from 2113 Wells Branch Parkway in Austin, north of The Domain. The business’ new home base will be in three buildings, measuring about 5,000 square feet in total, at 4613 Priem Lane, Ellison said.

“Owning the dirt” and “having our own building” were big reasons Dyess chose to move the company’s headquarters to Pflugerville, he said. Rising commercial real estate rents also contributed to his decision.

While Dyezz remains bootstrapped and profitable since about 2005, the CEO said he has entertained accepting venture capital. Some have wanted “to throw millions” at the business, Dyess said. But, “we decided they were not a good fit.”Yet, Dyess has not ruled out raising capital. Depending on how and the rate at which the CEO chooses to continue to grow his company, VC backing might be an appealing route sometime in the future, he said.

The company opened a Dallas office in March 2020, under the legal name Dyezz Surveillance and Access Inc. That location employs five. The rest of the the Dyezz employees are based in Austin. Dyess plans to open a Houston office in 2022.

The CEO projected that he would hire four additional employees in Austin within the next 12 months: two technicians, a salesperson and an IT tech.

Dyess said the company boasts between 12,000 and 15,000 customers in the Austin area. They include The Dogwood bar on West Sixth Street and Hopdoddy Burger Bar Inc.

Differentiating Dyezz from major national companies, such as Florida-headquartered ADT Inc., are its price point and its lack of monthly fees, the CEO said.

The CEO said he’d like to “keep going as long as I can go.” Dyess is not interested in selling the company to a business that could mistreat his current clients, he said. “I’m 47. I don’t believe in retirement. You have to keep kicking butt to stay alive.”